I don't shy away from ranting about beauty boxes. I've done it about Luxe box and Glossybox in the past. Here's another one. The WORST YET.

1) In October, many customers did not get their box. They were told there was a glitch with Paypal notification. Basically, that they had not been made aware of a lot of customers' payments. It felt iffy, but they offered an extra free box to make up for it.

2) The real stuff starts. They were supposed to get the December boxes out in time for us to get them by Christmas. On Christmas DAY, they send a message saying they are sorry for the delays, they HAD problems receiving samples, made it seem like they were shipping. FF a week, they were still making excuses about delays for the holidays, the samples, and a word that stuck out at me "manufacturing", they were not at all ready to ship when they told us they were (on the 25th).

3) In the meantime, customers' FB messages are being deleted left and right, it's total censorship on their page. Only the good stuff appears.

4) FF to the past few days and things have gotten WEIRD. SO FREAKIN WEIRD. Posts by TNBB start being signed by Dr. thisnthat (Mila Emerald). Turns out this is the mom of the two girls who are the face of TNBB... She posts something full of errors that says that she thanks us all for being such frightful customers. Then it's corrected as "dedicated". How can the word dedicated become frightful?! Autocorrect is not *that* crazy.

5) This is where the really really bad stuff starts to be discovered. One evening, I decide to use a face cream I got in my November box for the first time and notice that it's called Goldenberries Dr. M Emerald organic face cream (or something like that). So here we were with one product from the past box that was made by them. See point 2 where the weird word "manufacturing" came out by them in a reply. They have definitely been adding their own stuff in the box.

6) That very same evening, on the FB group, someone mentions Delizioso, which is the 2 girls' company. I go back to my post of TNBB and to the bathroom where I kept those products. TWO of the products were by Delizioso.

7) I decide to look into the other products I got in that box and two of them are by Fruition. Looking into Fruition, I get a site for L'Naturelle that is out of order at the moment, not unlike TNBB site has been recently. I look into the partner companies on their website and find that so many of them have websites that are out of order. Very suspicious if you ask me.

8) Meanwhile, a person on the FB group has found L'Naturelle FB page listing the companies it deals with and it's all of those out of order website companies that can only be found through there and through TNBB

I can't know for sure, but there is a whole lot of evidence to point towards the majority of the businesses that TNBB partners with being they themselves. They seem to have made a sample box filled with their own products, passing it off to the unsuspecting, natural -product-loving customers as a sample box with a variety of products from a variety of different businesses.

Candice
I wish all of you peace. :) I'm Candice, an Anglo French-Canadian mom of 2 with a passion for blogging. Please join me! 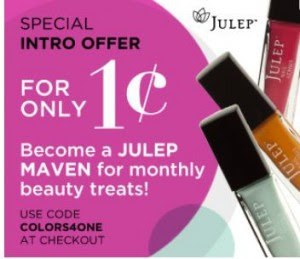